▪ SPF Singular Backspray: The first key feature is that the assembly utilizes closed-cell spray urethane foam as the exclusive continuous and total insulation located singularly on the backside or interior side of the exterior gypsum sheathing.

▪ Structural Back-Lattice Framing:The second key feature is its unique structural framing consisting of constructing a back-lattice or crisscross pattern of vertical steel studs with horizontal hat channel furring along with a thermal isolation pad at each intersection. This allows the spray foam to maintain an uninterrupted zone of continuous insulation as well as air and vapor control located on the backside or interior side of the exterior sheathing. The framing arrangement utilizes separate fasteners at each layer, thus omitting the thermal bridging at fasteners. Because the horizontal furring is spaced to support the wind loading of the gypsum sheathing and the cladding loads, the vertical studs may be expanded in their spacing.

▪ Cladding to Stud Independence: The third key feature is that because of the horizontal furring is located behind the sheathing, this allows exterior claddings to be installed independent of the vertical stud locations, and this omits the need for exterior horizontal cladding furring. The exterior of the gypsum sheathing is coated, or laminated, or pre-coated with a Class-A fire-retardant air and water-resistant barrier along with accessory flexible flashings to form the weather-durable backup wall for rain-screen non-combustible claddings.

▪ Reduced Exterior Construction Steps: The fourth key feature is that because the assembly is complete and ready as the enclosure or rainscreen back-up wall, this reduces the number of exterior construction steps thus speeding total construction. The nature of this assembly is also very well suited to pre-fabrication or panelization.

▪ Better QC: The fifth key feature addresses the design’s reduction in the number of exterior-side cladding penetrations thus improving the wall’s weather durability as well as accommodating efficient quality-control water-testing prior to the cladding installation.

▪ Integrated Design Benefits: The sixth and final key feature addresses the integrated benefits of the DSS Back-Lattice Design. Because the back-spray closed-cell urethane foam insulation is the complete continuous and total insulation, it follows the basic energy code’s prescriptive R-Value requirements. Due to the continuity and thickness of the spray foam, it forms an additional air barrier as well as provides a Class-II vapor retarder from both inward and outward vapor drive thus protecting the assembly in all four seasons. Due to the integrated assembly of the DSS Back-Lattice Design, the complete wall assembly with exterior non-combustible claddings and interior gypsum drywall is NFPA 285 compliant for vertical and lateral fire propagation.

Note: DSS-Philly reserves the rights to the name “Back-Lattice”, and the design concept as of November, 2018. 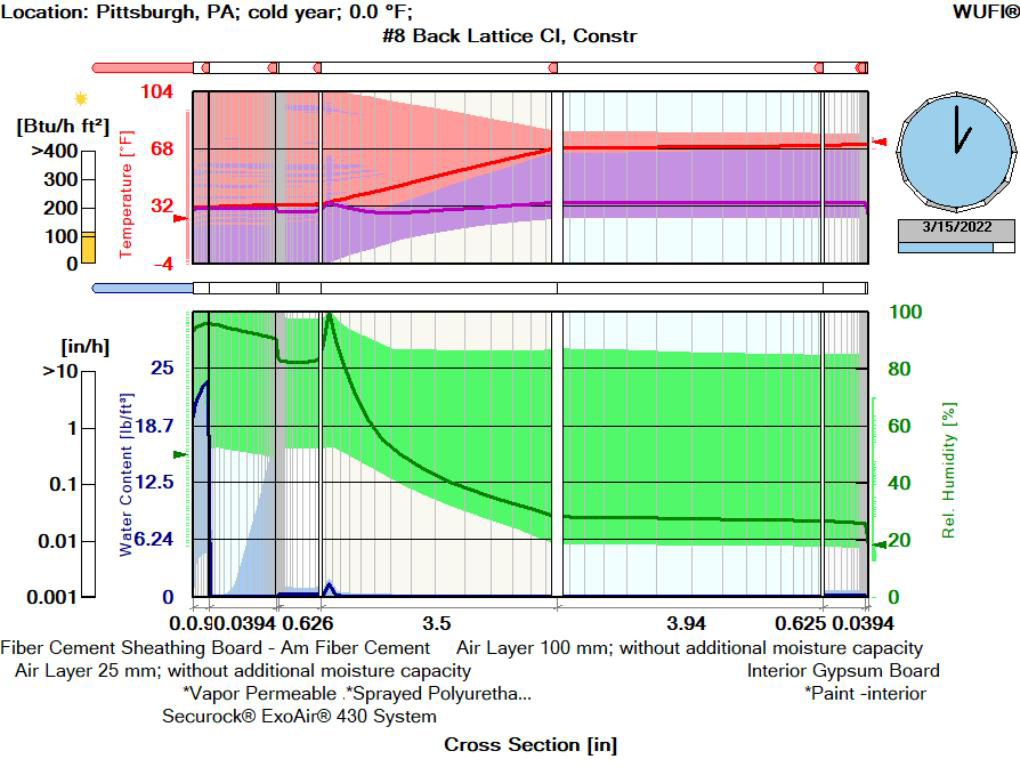 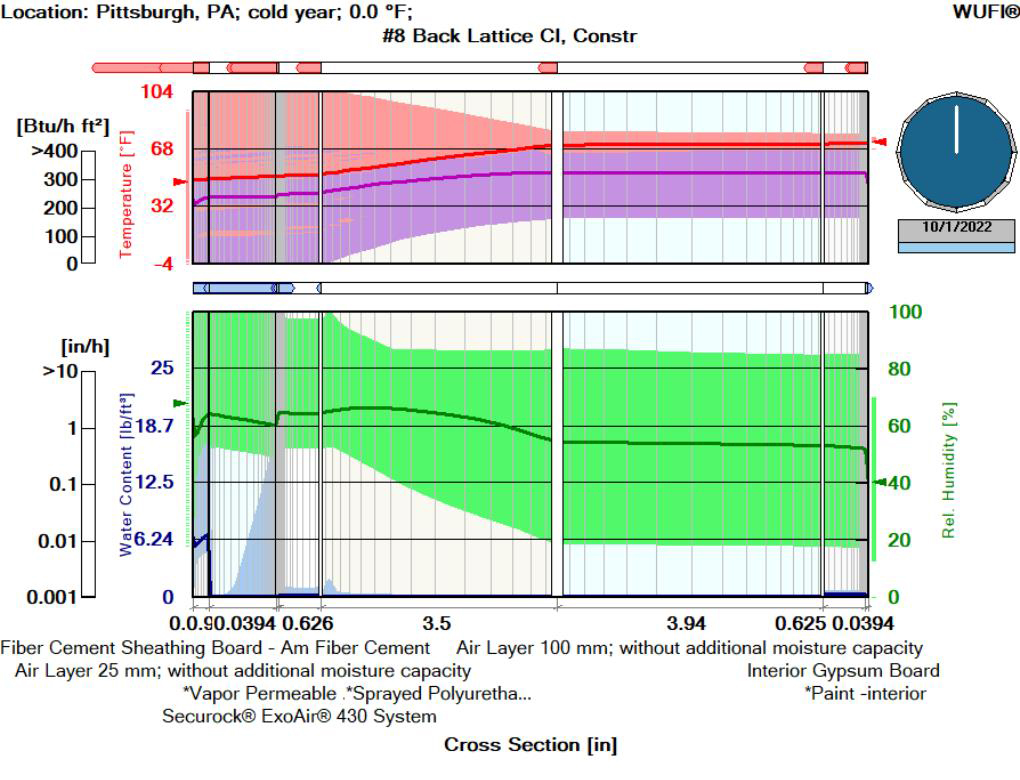